Hello we are team South Africa!

South Africa has great significance in achieving the goals presented by the SDGs because there is currently serious social inequality after apartheid. In South Africa, the problem of employment and the poor is still serious, so positive effects can be expected in if they try to achieve each SDGs goals.

Our team focused on SDGs targets goal number 7, 10, 14 and 16 that reflects South Africa's cultural elements. First, we would like talk about goal number 7 that South Africa has a relatively high proportion of the renewable energy industry compared to other countries. South Africa is expected to grow mainly on solar and wind power, and renewable energy generation capacity is expected to grow at an annual average rate of 7.4% over the next 10 years.

In terms of resolving inequality in goal number 10, as mentioned in the introduction, white and black areas are divided from the time of apartheid to the present. Cases such as opera houses, theaters, concert halls, and museums, which can only be enjoyed by white people away from downtown areas where black people reside, illustrate South Africa's unequal historical and cultural elements. This can be explained in connection with SDGs goal number 16, which is of cultural significance in that it has become the basis of the human rights movement through the global anti-racism movement.

Goal number 14 in the marine ecosystem sector, it can be seen as an effort to preserve South Africa's abundant marine resources. It has received positive international evaluation through efforts to directly protect and prohibit capture of marine life.

To briefly summarize the feedback from our team members, we should actively reflect the values and identity of the remaining members through communication with the international community since the inequality in South Africa still exists. In addition, South Africa should promote sustainable development at the environmental level, and it should strive to realize national development and SDGs through international conservation of renewable energy development and marine ecosystems. 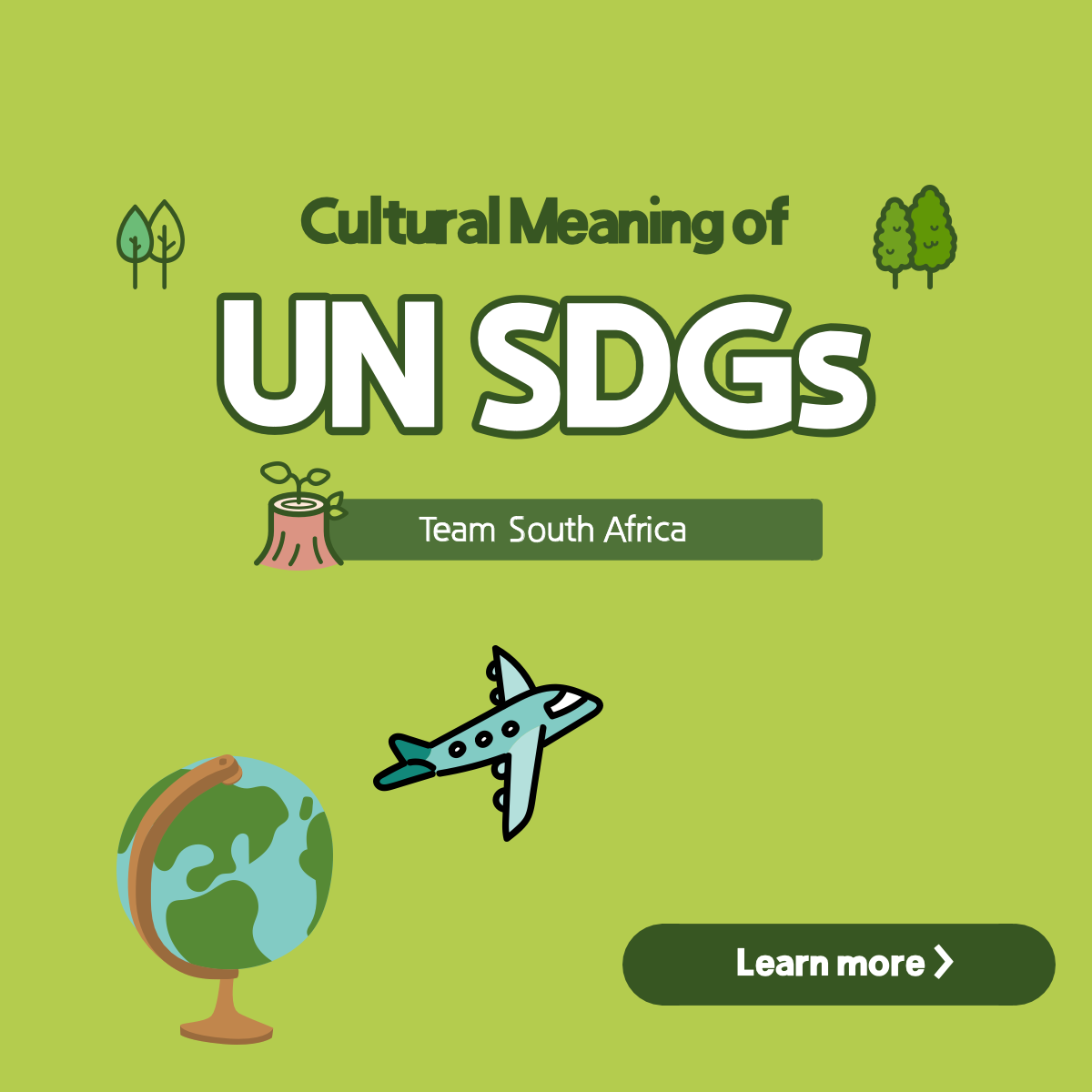