Hello everyone! We are team Gwan-ak 2 of SAYUL Korea Club, ‘Team Harmony’.

Today, we will tell you some recipes that are popular on SNS in Korea these days.

The first recipe is ‘Greek peach’ or ‘Greek momo(peach in Japanese)’. This is very popular on SNS, especially on YouTube. Greek peach is so easy make. First, cut the top part of the peach and dig a mini hole to remove the seed. After removing the seed, put Greek yogurt into the hole and freeze it. A few hours later, put granola on the plate and then put the freeze peach on granola. If you drizzle syrup or honey, you can eat more delicious!

The second recipe is ‘Honey jelly’. This is also popular on YouTube, and so easy to make. There are two ways to make Honey jelly. The first way is just put honey in empty bottle and freeze it. The second way is freeze honey, after boiling it until honey’s color changes to brown. The second way is more complex, but it is more like jelly.

The third recipe is ‘Rosé tteokbokki’. Most of Korean love tteokbokki so there are so many modified Rosé tteokbokki recipes, but we will tell you the simple one. First, stir-fry various ingredients like bacon, onion, cabbage on frying pan, and put Gochujang (Korean red chili paste), red pepper powder, and milk. After stir-frying them, put rice cake and stir-fry just a little more. Finally, if you put cheese on the top of tteobokki, it is finished. Tteokbokki is spicy food, but milk will make it less spicy.

The fifth recipe is ‘Soft tofu Yeol ramen’. First, after putting water, ramen, and ramen seasoning in the pot, boiling them. If water boiling, put cutted soft tofu and boil it just a little more, and then it’s finished. You can add whatever you want like green onion or egg.

The sixth recipe is ‘Square Gimbap’. After dividing the seaweed into four parts, put Gimbap’s ingredients like rice, egg, ham, carrot, etc. And then fold it one side at a time. Maybe it will be more helpful to watch the video. If you want to see more detail, just search ‘Square Kimbap/Gimbap’

The last recipe is ‘Cup ramen fried rice’. First, take out the noodles from the cup ramen and crush them. After putting it back in the cup, pour boiling water and wait for a few minutes. And then put it on fried fan and stir-fry with rice and egg. If you put it into the cup, you can enjoy more.

Today we introduced some recipes that are popular on SNS in Korea. I hope you feel interested and try one of these someday. If you want to see another trendy recipe of Korea, we recommend watching YouTube channels such a Hanse, EJ recipe, Seodam. 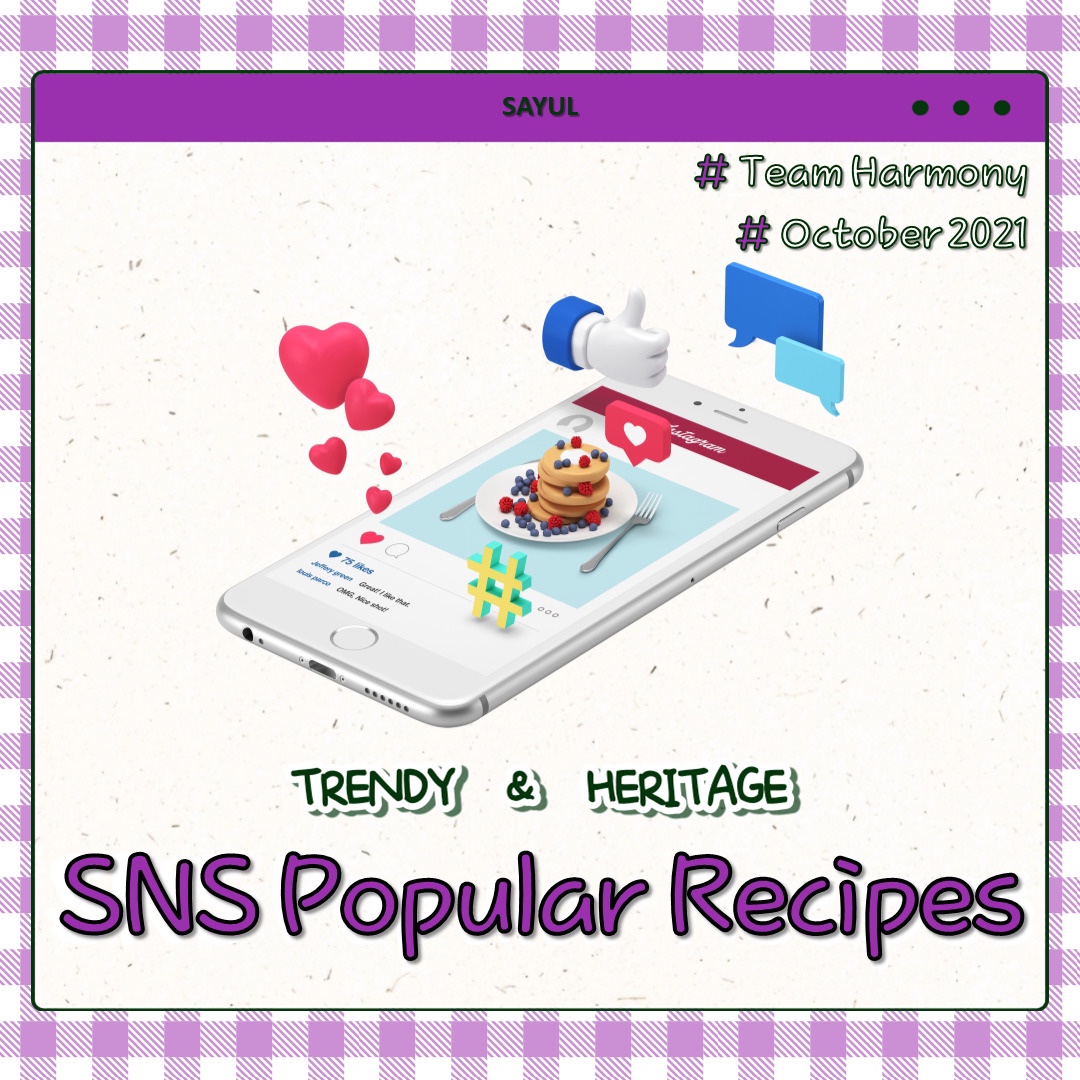