Hello, this is team Japan. I'll report about cultural elements available to achieve Sdgs in japan.

Sdgs have also something to do with elements of culture. Culture is an important factor with the power to enable true sustainable development. It is necessary to respect cultural diversity and rights in order to establish an integrated, stable and resilient society.

Following their goverment's policy, there are some cases of achieving SDGs in Japanese Culture. First case is production and consumption of product related to SDGs. It reflects concerns in environmental issues. More and more people are realizing the importance of sustainability. Based on national sentiments, Japan’s perception of SDGs appears in a way that combines SDGs elements into products that the public enjoys daily life. For example, a variety of chocolates utilizing SDGs for valentain day are being released in Japan.

As the concept of SDGs became popular, many celebrities carried out various activities related to SDGs. Piko Taro, which is known as Mr. PPAP, visited the Foreign Ministry building to promote the UN’s SDGs and met Foreign Minister, Kishida Fumio in 2017. And he released a new version of PPAP to promote SDGs. Actor Teruyuki Kagawa is also known as environmental activist. As an insect enthusiast, he is interested in preserving biodiversity and the natural environment through insects. Also he operates the children’s clothing brand “INSECT MARKET”, and some of their profits were donated to nature conservation and insect protection organizations.

There are some projects in popular culture. I want to introduce about SDGs X Power of Comics Project. The goal of this project is to improve the low awareness of SDGs through cartoons. Cartoonists contribute to the promotion of SDGs by drawing and distributing cartoons with related themes one by one among the 17 SDGs.

Final case is J-Beauty. The Japan Cosmetic Industry Vision Review Board argues that the Japanese beauty industry should be a business that contributes to well-being and sustainable development, including active contributions to SDGs. 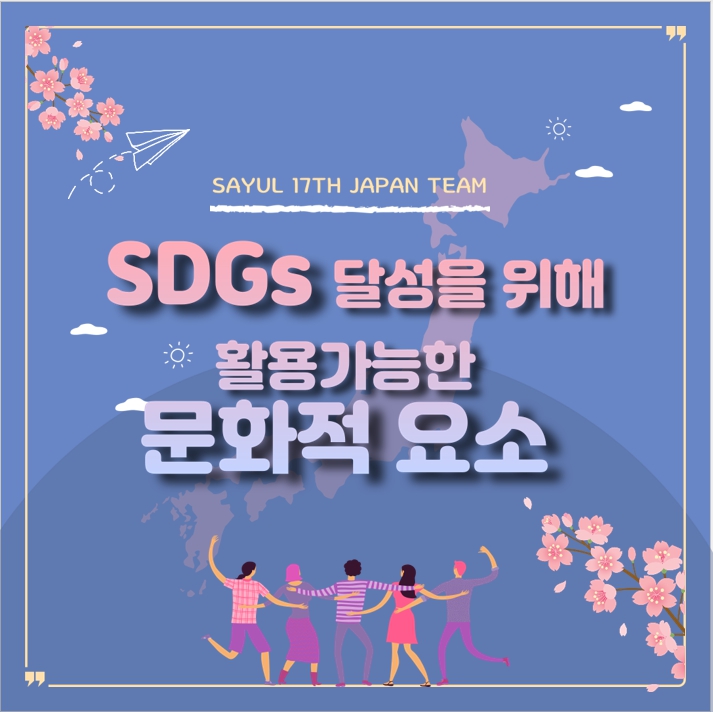