This is China team from SAYUL Korea Club.

This month, our team have discussed about Paris Climate Change Agreement and

Q. What is Paris Climate Agreement?

It is the global agreement to reduce greenhouse gas emissions. It was adopted at

12th, 2015. Some main goals of this agreement are limiting the increase of global

Q. What are China's policy implementation on the Paris Agreement?

actualize carbon peak by 2030, optimization of industry and energy structure, and

locally : CERs exchange stands for Certificated Emissions Reduction, and it is the

right to emit greenhouse gas within the allocation range.

Q. What are the positive aspects of China's carbon policy implementation?

Since 2021, China has announced national goals and action plans for carbon

Q. What are the negative aspects of China's carbon policy implementation?

After the Paris Climate Agreement, various plans have been published to cope with

climate change, but there are not clear achievements.

emissions since the Paris Agreement. It is operating the national CERs exchange,

etc. However, there are not clear achievements to be followed by these plans. It

Thank you for reading :) 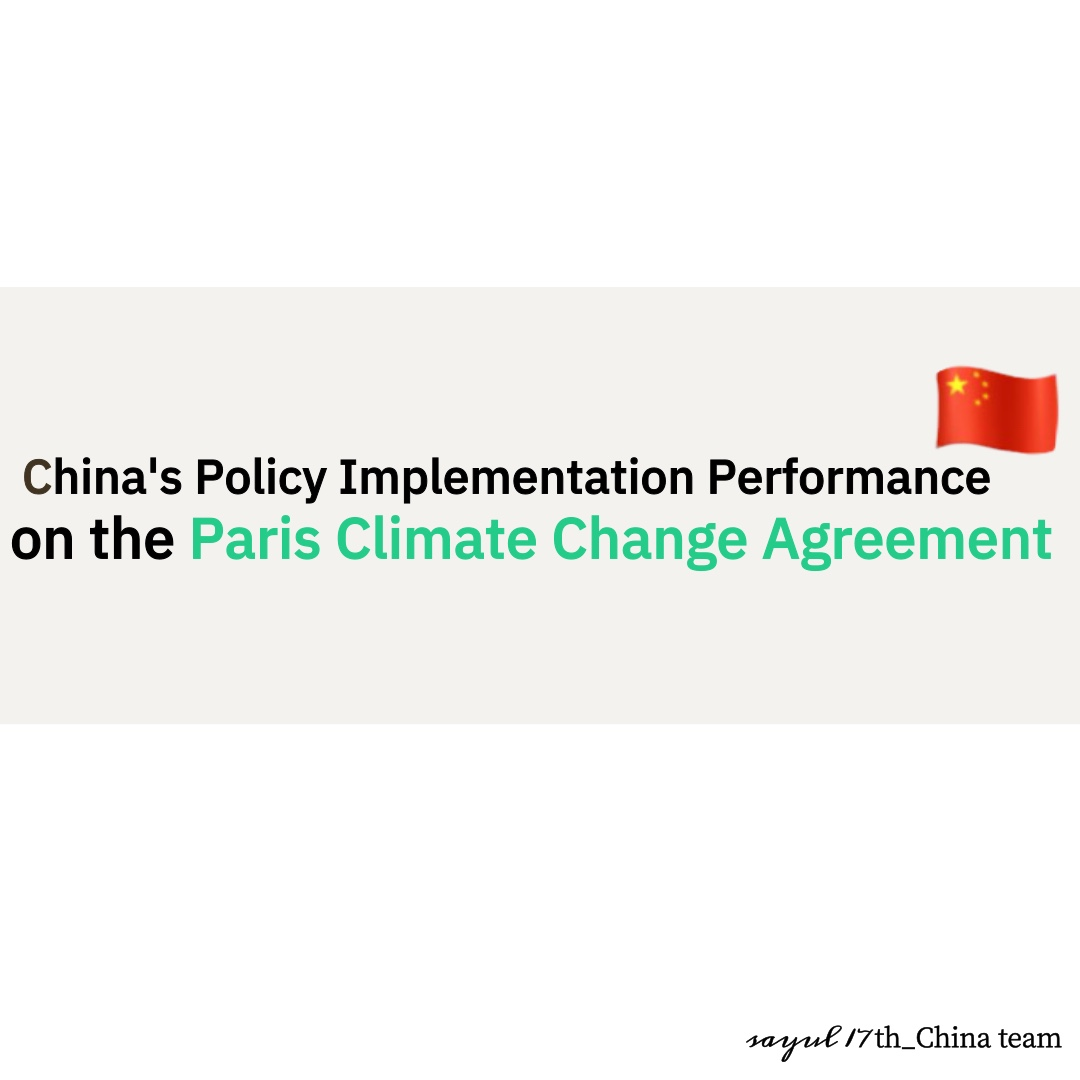