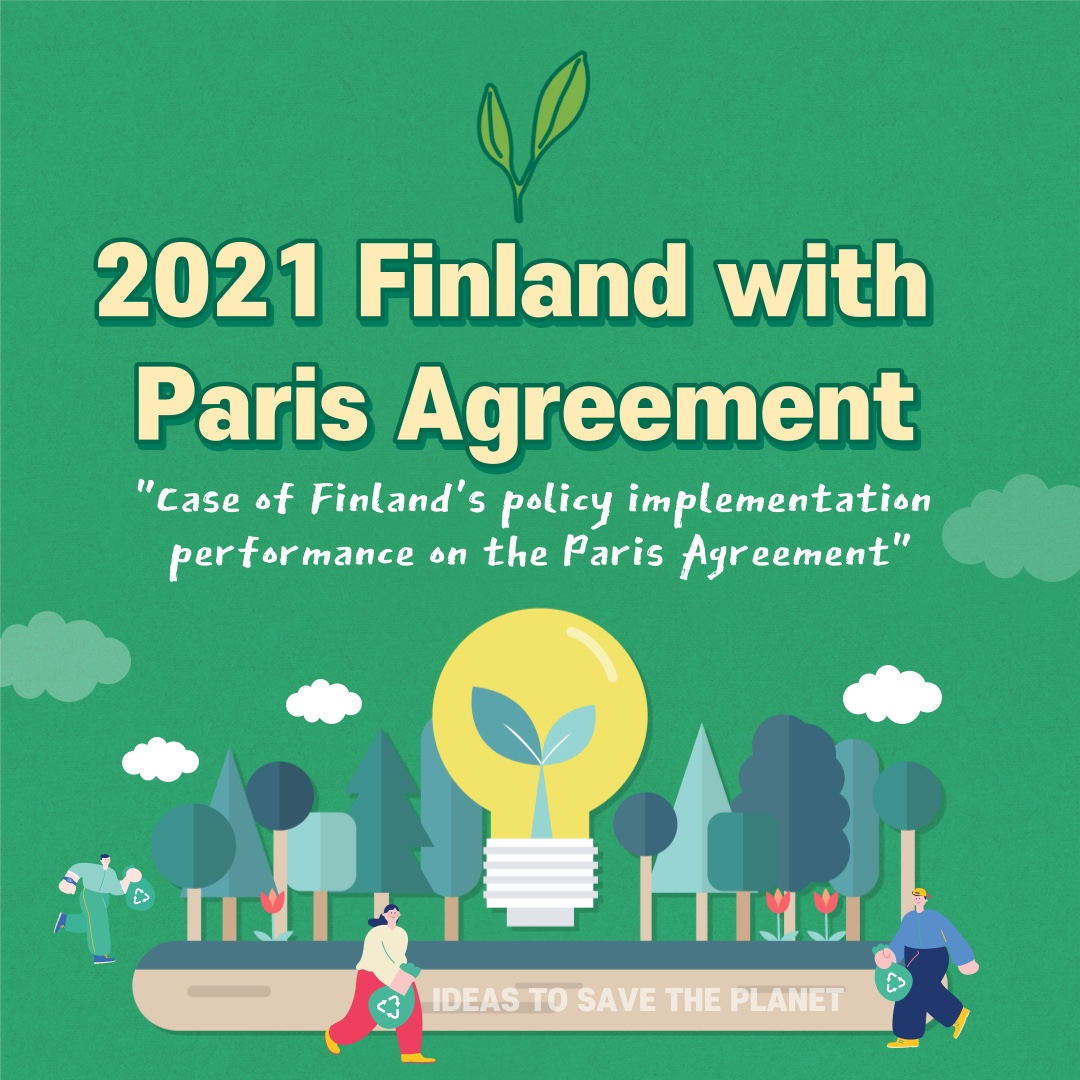 가. Legislation and pledge for carbon neutrality by 2035.

1. In the case of Tampere City, it aims to achieve carbon neutrality by 2030, five years earlier than national policy. Through this, carbon emissions will be reduced by 80% compared to 1990, and the remaining 20% of carbon will be resolved through carbon absorption. To this end, an energy conversion promotion organization called EcoFllows was established.

3. Finland submitted a LEDS specifying 2035 carbon neutrality to the United Nations around October 2020.

나. The National Battery Industry Strategy 2025 aims to revitalize the battery net environment with the aim of production and research activities for the availability and processing of raw materials, battery material development, recycling, electricity, and digitalization expertise. Finland has essential resources and unrivaled research and production capabilities for batteries in the low-carbon era and is completing a world-class battery ecosystem through cooperation with industry leaders. Finland will halve carbon emissions in the transportation sector by 2030 and talk to countries for sustainable battery industry growth.

다. The joint establishment of 5G base stations with Denmark, Sweden, and Poland and the joint use of frequency also increases the energy efficiency of wireless facilities and reduces carbon emissions.

마. Introduction of taxes on packaging made of non-renewable natural resources The EU decided to introduce a plastic tax that imposes 0.8 euros per kilogram of non-recyclable plastic waste in each country to reduce plastic use and secure funds for economic stimulus measures from COVID-19. It is the imposition of taxes on packaging that Finland introduced to raise funds for this and implement the Paris Agreement.

가. The conclusion of Article 6 in Conference of the Parties

: COP26 achieved the achievement of completing the Paris Rulebook of the 2015 Paris Agreement by concluding the Article 6 International Carbon Market Guidelines. It also gave certainty and predictability to market and non-market approaches that support GHG reduction and adaptation and established a transparency system to report the implementation and support of reduction goals.

나. Completion of detailed implementation rules of the Paris Agreement

다. Prepare a corresponding adjustment plan to prevent double accounting. It is a great achievement that a corresponding adjustment plan has been prepared to prevent "double accounting" in which carbon emission reduction is reflected on both sides of the trading country. This is a supplement to Article 6 (Articles 2, 4, and 8) of the Rules of the Paris Convention, which probably focused the most on the attention of those engaged in the climate change business.

라. The UK declared its de-coal policy first in the world in the course of the Paris Agreement, followed by many European countries, including France, Finland, Denmark, Sweden, Italy, and Portugal, announcing that they would suspend coal power plants as early as 2021 to 2030. Germany, which uses coal the most in the EU, also recommended 2038 by the Public Debate Commission in February 2019 through a two-year deliberation process (including an option to advance coal power generation to 2035). Germany's Merkel government said it welcomed the committee's recommendation and passed de-coal legislation at the government level. Meanwhile, it is also characterized by only a few countries in the EU that have made large-scale investments in existing coal power plants over the past decade, including Poland and the Czech Republic.