Hello, we are team South Africa.

What is the Paris Agreement?

The Paris Agreement is a legally binding international treaty on climate change. It was adopted by 196 Parties at COP 21 in Paris, on 12 December 2015 and entered into force on 4 November 2016.

Its goal is to limit global warming to well below 2, preferably to 1.5 degrees Celsius, compared to pre-industrial levels.

The efforts implemented by South Africa can be broadly explained in two ways: policies and campaigns.

The second effort undertaken by South Africa is several campaigns, two of which are the 'Beat Plastic Pollution' campaign and the 'Bring Your Own Bag' campaign.

The Beat Plastic Pollution campaign adopts plans to make Africa a plastic-free continent and calls for the design of regulations to combat plastic pollution. 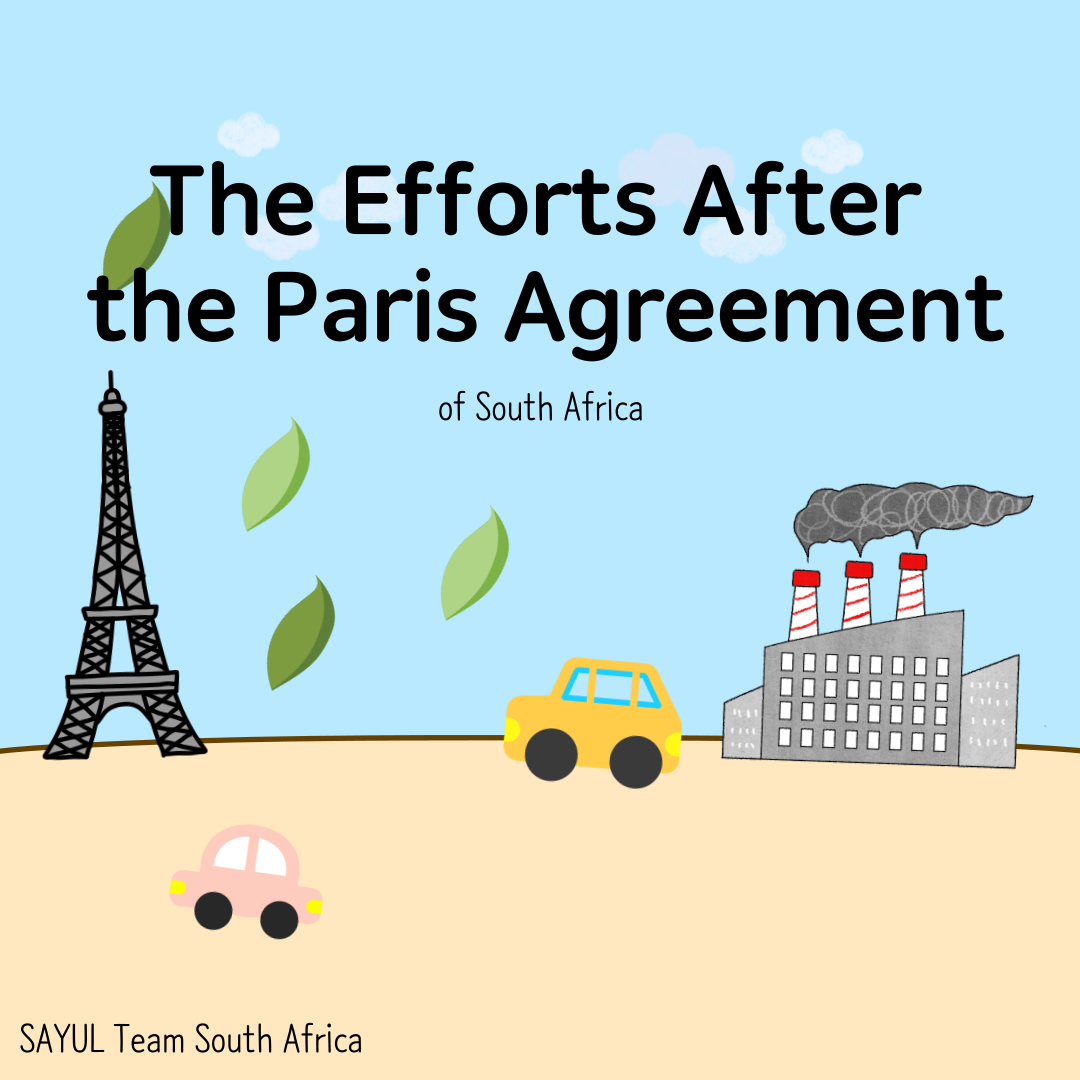