Hello, we are team South Africa.

Starting with the concept of COP26, today, we would like to introduce the main reasons why South Africa was against the idea of powering past coal in COP26.

The main key words of COP26 can be said to be coal and fossil fuels. This includes the phasing out of coal power plants that are not equipped with carbon reduction devices and the phasing out of subsidies for inefficient fossil fuels. It is significant in that it is the first time that it has reached an end in relation to coal. However, the criteria for inefficient fossil fuel subsidies are also vague, and the limitation is pointed out that there is no precise mention of restrictions on the use of oil and natural gas.

Then why South Africa was against the idea of powering past coal in COP26?

Second, South Africa needs to consider China-Africa relations since the exchanges between China and the Africa are increasing.

Third, developing and developed countries should discuss their roles in solving climate change. It is necessary to have conferences to talk about who is responsible for climate change.

In addition, our team briefly summarized each team member’s opinions on the COP26 issue in South Africa.

One point is that it is essential to consider the feasibility of COP26, and to coordinate the financial compensation issue of developing countries with the position of advanced countries that have developed using coal mining. In addition, as other important opinions are that it is essential to discuss the economic development of developing countries that are victims of climate change and to consider the relationship between Africa and China. 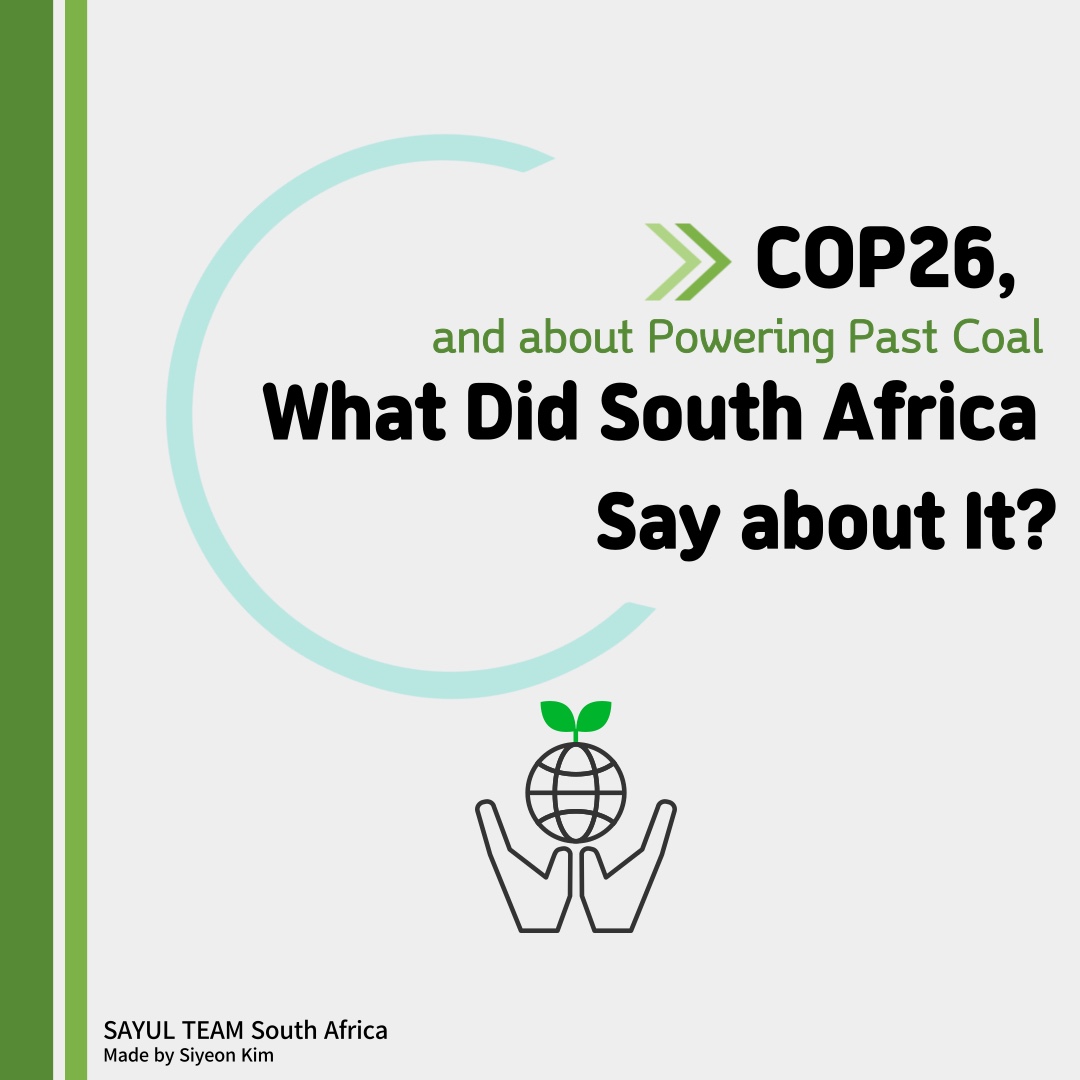