This is Indonesia team of Sayul Korea Club.

This month, We want to introduce the results of COP 26 about Indonesia.

COP 26 is the Global Climate Change Conference discussing what kinds of efforts that every single nation has to do. In COP 26, they decided to gradually reduce coal power and developed countries have decided to expand their climate change adaptation fund to double.

2) What kind of activities did Indonesia do in COP 26?

Indonesia and South Korea has held an event named “Blue Carbon’s contribution to Carbon Neutrality” together. This event has aimed to discuss counterplans through Blue Carbon.

3) What did Indonesia do in "Blue Carbon's contribution to Carbon Neutrality"?

In this event, Indonesia has designated “Mangrove” as Blue Carbon. “Mangrove” is an IPCC-approved carbon sink and is a resource that the world is paying attention to.

Blue Carbon is natural carbon sink that plays a vital role in Carbon Cycle. Through a series of processes, carbon in the atmosphere moves from surface of the sea to deep sea and it stored for thousands of years. The sea stores more than 50 times the amount of carbon in the atmosphere, more than 10 times the carbon stored in all soils and microorganisms on the surface. Unlike the previous COP, blue carbon was first mentioned in COP 26 and there will be a lot of discussions about blue carbon in future meetings.

Thank you for reading our contents. 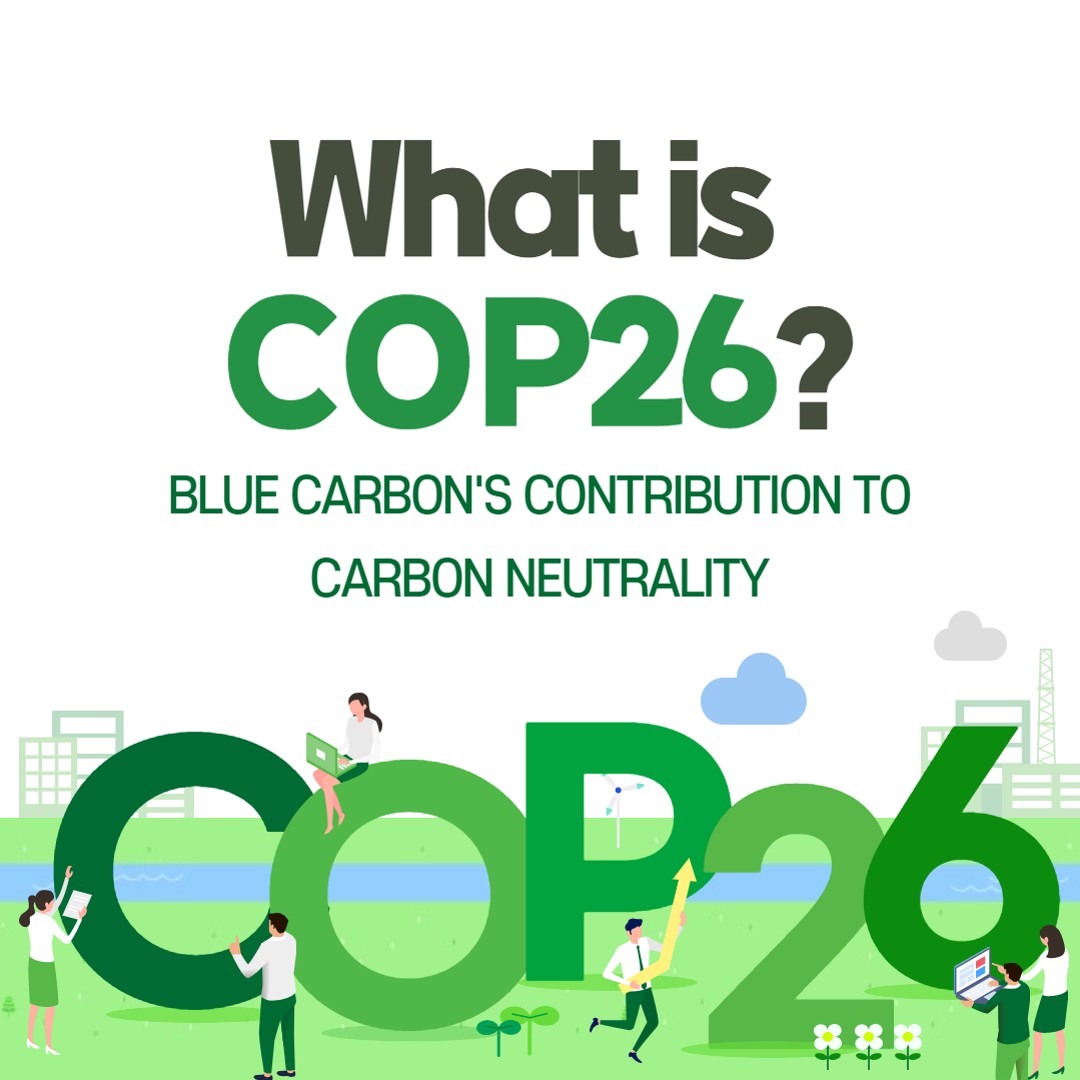