The results of Finland’s COP26

Acronym of ‘Conference Of Parties’. It refers to the general meeting of the parties to the UN Convention on Climate Change.

The leaders of more than 120 countries announced their goals under the Paris Climate Agreement (COP21) to prevent a 1.5 degree rise in global temperature compared to the Industrial Revolution.

-Step-by-step reduction of coal: Although there is a limitation that the deadline has not been set, It is the first COP agreement which specifies the goal of reducing coal power generation for the first time.

-Goals to reach carbon neutrality by 2035.

-As Finland is Europe's most forested country and Arctic region, it emphasizes reducing carbon and methane emissions and preventing forest damage.

Participated in the declaration of the conversion of pollution-free cars at the 4th ZEVTC held in Glasgow, England. It promised that it will sell only pollution-free cars in the case of new cars by 2035 in the major automobile market and globally by 2040

5. A promise of financial aid to developing countries.

Prepared a funding package for the development of early warning systems of abnormal weather in developing countries.

In addition to the adaptation fund, the European Bank for Reconstruction and Development invests about 40 million euros in HIPCA.

The results of COP 26 of Finland. 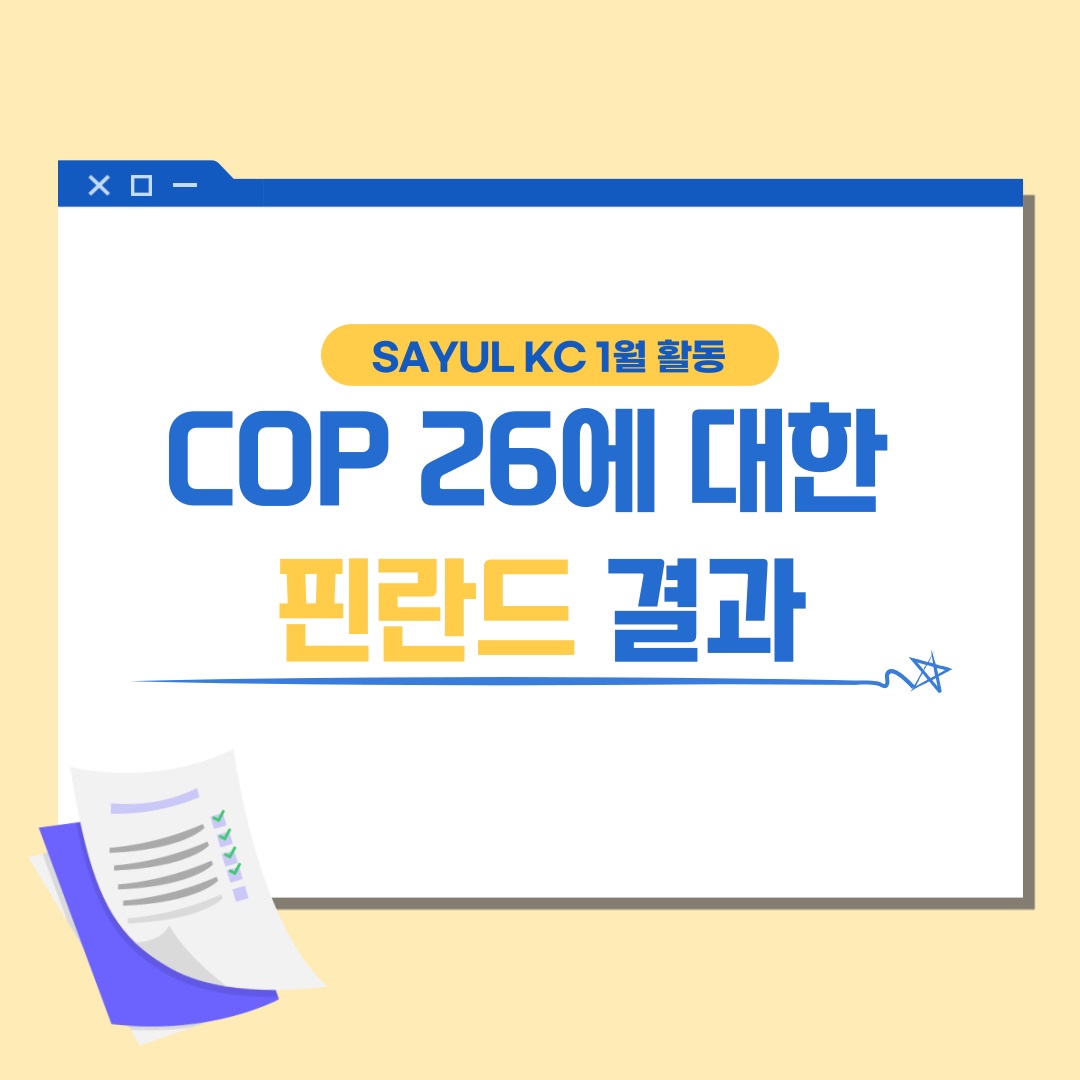