Hello, we are Naver!

This is team Sinchon 2 of the 16th Culture and Public Diplomacy Group Sayul. We would like to introduce an internet trend called multi-persona which has been trending for a while in Korea.

Multi persona(Me and Myselves) is the compound word of "multi" and the Greek word "persona." It means expressing alter egos under different situations. It has recently gained attention in Korea due to the emergence of many social media platforms where anyone can express themselves. Also, the younger generation is more inclined to want to express their identities and avoid society's conventional ways.

An example of multi-persona can be found in a Korean entertainment program called "Hangout with Yoo." It stars the comedian Yoo Jae-seok who has multiple alter egos, such as Yoo San-seul, Yoo-dragon, Jimmy-yoo, and Love-yoo. And, another example is comedian Lee Chang-ho. He shows various identities on social media such as "Lee Ho Chang" and "Mad Monster."

A perk of multi-persona is that you can explore and discover your true self beyond the image you see in society's frame which is a stress reliever for people in today's society. On the flip side, however, as one's identities become more diverse, one may become more concerned and confused about their true identity. Also, some may find themselves becoming digital lies by fabricating their posts to display an ideal version of their lives.

Through this new trend of multi persona, we can observe that even though problems such as digital lies exist, they can play a very important role in exploring one's true identity. I hope this opportunity will help you learn about multi-persona to find your true selves! Thank you. 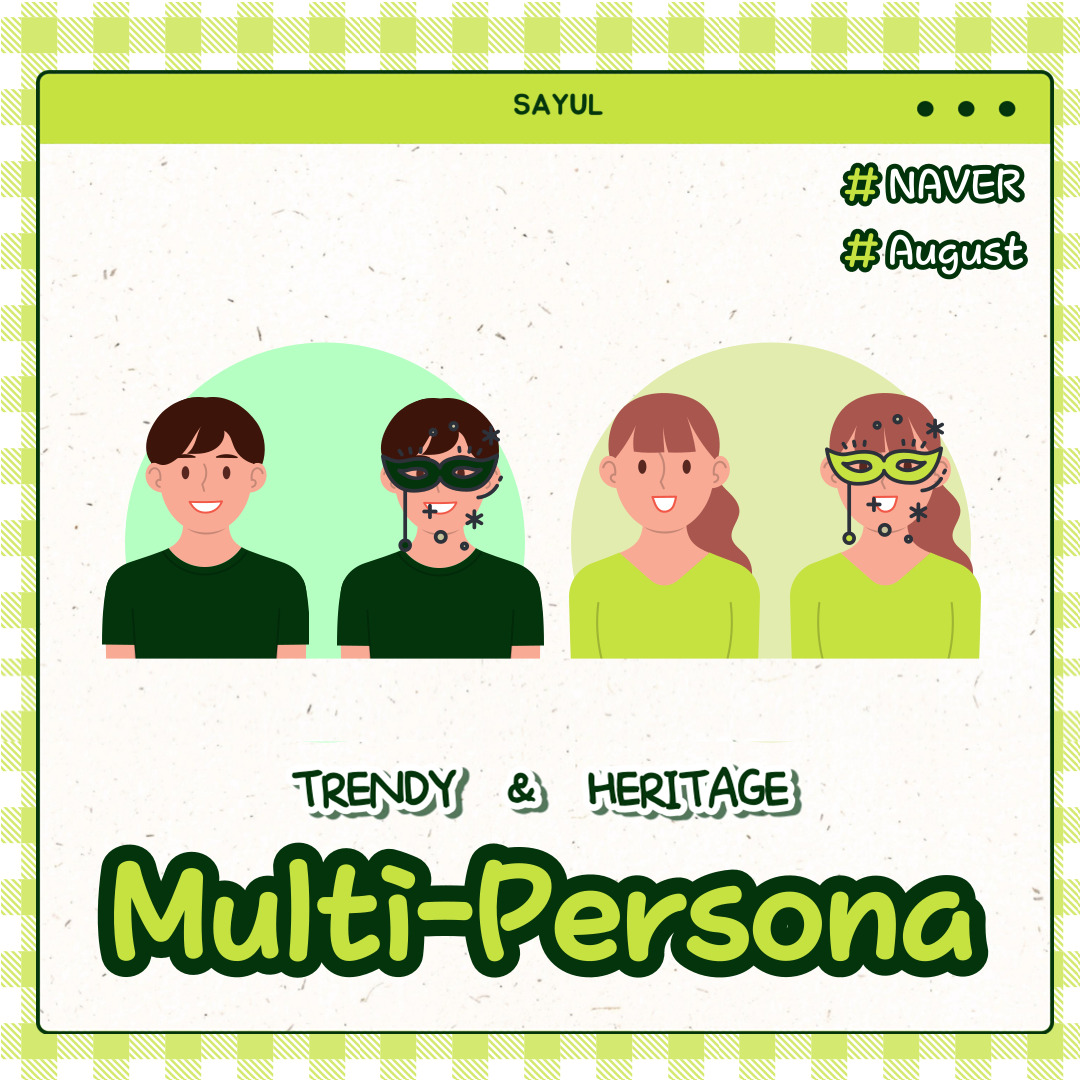