"MBTI" appearing instead of self-introduction

Today, we are going to talk about <"MBTI" appearing instead of self-introduction>.

The popularity of MBTI in MZ generation,

The reason why MBTI is so popular in MZ generation ,

Criticism and significance of MBTI

We hope that this information helps you to know trendy culture of Korea!

What Is MBTI?
MBTI is a personality test first developed in 1944 by Isabel Briggs Myers of the United States and her daughter Katherine Cook Briggs, based on the theory of psychologist Jung. More specifically, it is a test that classifies a person's personality into 16 types by identifying in four dimensions which functions the subject mainly uses : extroverted-inverted, sensory-intuitive, thought-emotional, and perception-judgment.

The Popularity of MBTI in MZ Generation
Currently, MBTI tests are used in various situations, such as introducing oneself, choosing a taste, and talking to a person you first met, beyond just a formal personality type test that has been used in psychology. In addition, various mbti memes  are being produced and shared through SNS, and simple tests and psychological tests reinterpreted in specific fields are spreading.

The phenomenon of labeling one's identity through this test, sharing and certifying it on SNS such as Facebook and Instagram, and reprocessing it with various contents such as compatibility by type and MBTI fact bombing is called labeling game.

The Reason Why MBTI Is So Popular in MZ Generation
Psychology experts at some famous newspapers explain that the main concern of the MZ generation, which is currently leading the trend of MBTI, is "me". That is, they have a great desire to understand and know themselves. However, Tomorrow's University research of 20s said, "It is the general characteristics of the younger generation to want to know me, and for this reason, various psychological tests, constellation characteristics, and blood type characteristics have been popular from the past. However, the current MBTI does not stop simply from self-identification through tests, but there will be another reason for it to permeate into everyday life and become a flow”.

They explain about the current MBTI epidemic, the MZ generation uses MBTI as self-identification as well as communicating with the other person. In this trend, the MBTI is a means of talking to someone. Among the MZ generations, conversations on MBTI types, not on individual backgrounds, conditions, and circumstances which can be sensitive to each individual, are used to easily start conversations. It can reduce misunderstandings by revealing their personalities, and prevent rude behavior. MBTI, which has penetrated everyday life in this way, has become a stronger trend unlike in the past.

Criticism and Significance of MBTI
Some criticize that it is too simplified in understanding humans to categorize complex, diverse, and variable personalities into 16 categories. However, the MBTI test is meaningful in that it provides a new perspective on seeing oneself and others, helping to understand different types of human images and live together. 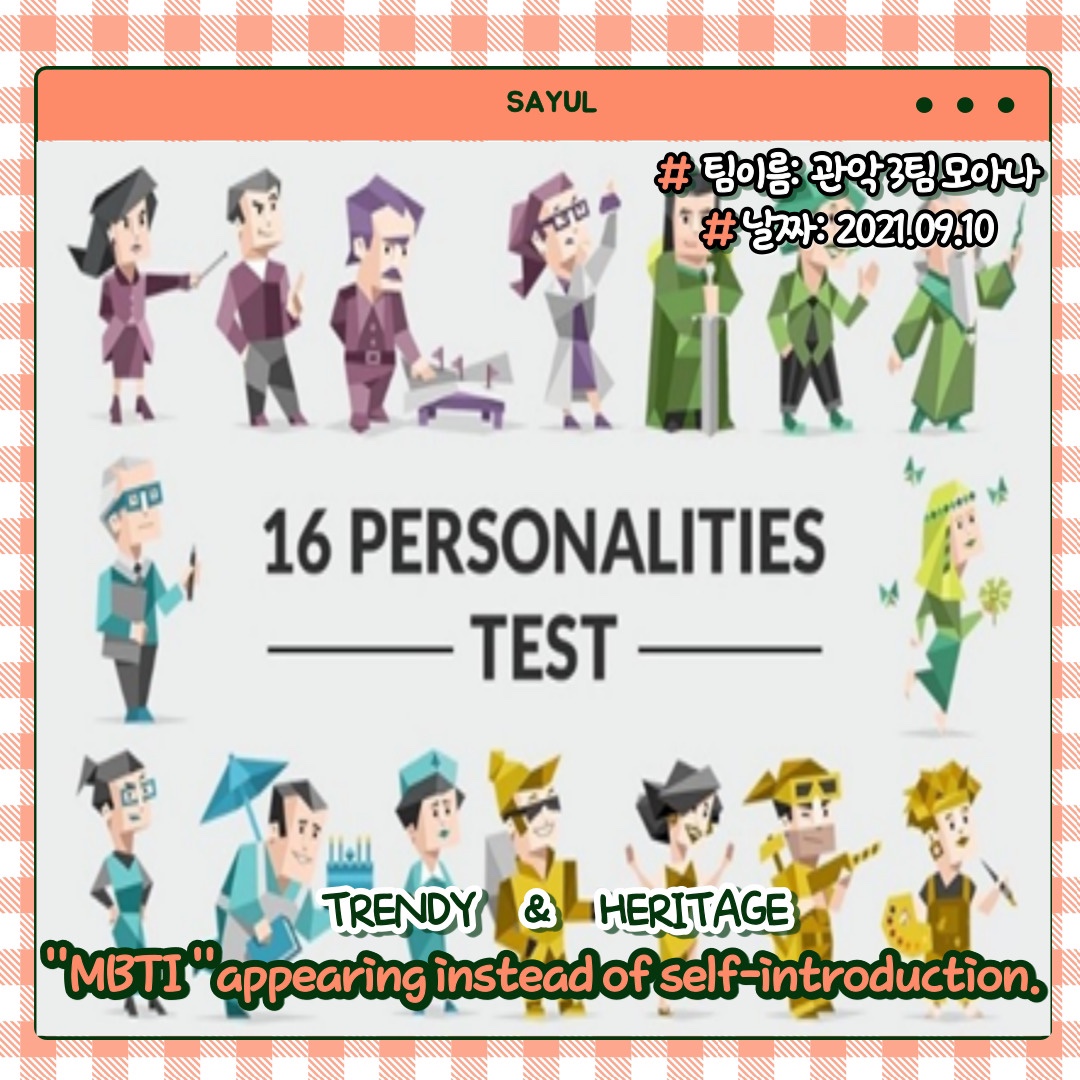