Hi, everyone. we are Team Anam 2, Bridge! Today, We will introduce ‘The traditional Korean superstition’ passed down to our ancestors!

A superstition is to have magical thinking or irrational beliefs about the causal connection between the two events without any empirical basis. Most modern people regard superstition as a vain belief without scientific evidence. However, in the past, when there was a lack of scientific background to explain natural disasters and diseases, our ancestors tried not only to have psychological stability but also to achieve a strong desire through the strong belief of superstition. Therefore, rather than dismissing superstition as unconditionally wrong, we should try to reinterpret it modernly by understanding the historical background and values hidden behind superstition.

Then let's get started!

① When a crow cries, something ominous happens.

There is a story about many people’s death in anarchy because a crow had lost its red flag, which was given by the angel of death.

There is also a saying that a crow is both a messenger of a god that shuttles between the two world and a transmitter of bad news. That's why Korean still regard crows as symbols of unfortune.

Elevators of large buildings such as hospitals even get rid of 4th floor button, or just mark 'F' instead.

In Korea, there is a superstition that bad things happen or one dies if his/her name is written in red.

Behind it, there is a sad story that the names of the dead were written in red on 'the letter of death notice' during ‘Korean War'.

Long time ago, people received others' condolence with the dead body in their house. Later, when they headed to the burial ground, they left a bowl at the threshold, smashed it with the coffin, meaning 'Throw away all your regret.‘

People deemed the threshold as a border between this life and afterlife. Therefore, they believed it shouldn’t be touched recklessly.

⑤ Moving and marriage should be done on a day without ‘son’ (good day) .

Son: A devil that goes around all the direction, bothering and hurting people.

A day without son: A good day when son doesn't wander, thereby hurting no one.

A day without son was regarded as a day holding important events such as moving, home repairing, launching business, marriage, etc.

⑥ One should not measure lying kid’s height.

There is a superstition that if one measures lying kid's height, the kid won't grow anymore or even die. This is because measuring the length of a dead person for making a coffin is similar with measuring the height of a lying child.

There's also a similar popular belief that a kid won't grow anymore or die if someone jumps over him/her. This started with the wish for a child to live a long and healthy life. 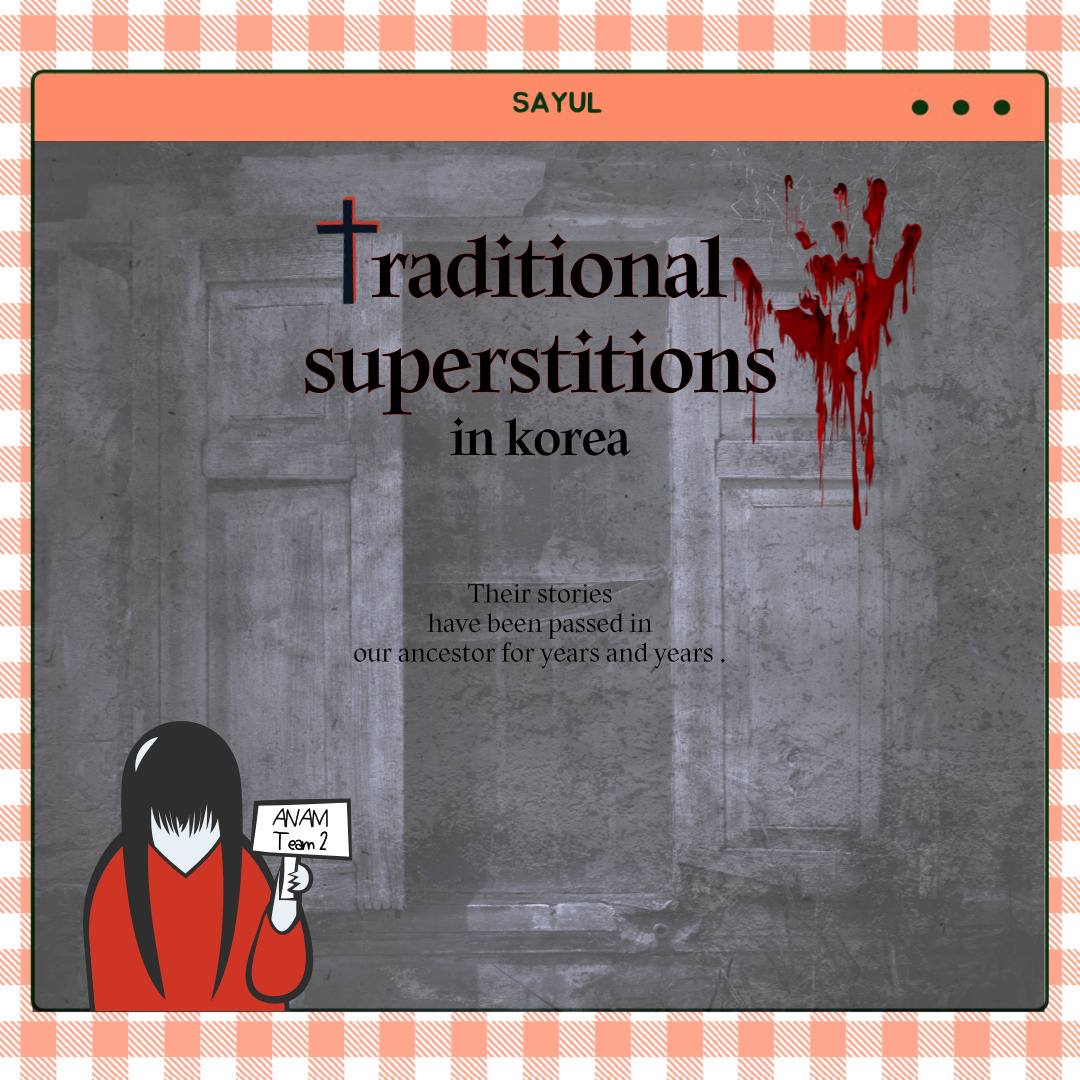