Hello, we are Sinchon-3 team of SAYUL KOREA CLUB!

Today we will introduce [Trendy/ Heritage of Korea –Folk Tale]

The prince tries to marry Kongjwi after finding her by her flower shoe(Kkotsin) that Kongjwi lost when going to the party.

But, before the wedding, Kongjwi die due to stepmother's scheme and Patjwi married with the prince pretending as Kongjwi.

Kongjwi revived as a lotus flower, tells the truth to the prince and her body was found under the pond.

When her body was pulled out of water, Kongjwi came back to life and married the prince.

Her stepmother along with Patjwi was punished.

Though her stepmother made her a maid from noblewoman, Cinderella didn't desert her kindness.

Fairy godmother appeared to help Cinderella going to the party and noted Cinderella that after midnight all the magic will be gone.

When it got close to midnight, hurrying herself out from the castle, Cinderella lost her glass slipper.

Later, the prince found the owner of the shoe, Cinderella, and married her.

What is common between Kongjwi and Cinderella?

Though they both live a hard life because of their stepmother and stepsisters, they get help when they are faced with hardships.

The lost shoe was used as a way to find her destiny.

So, both story have a happy ending.

Kongjwi lost her slipper on her wat to the partyand the story contains the message of didatic morality.

On the other hand, Cinderella lost her slipper on her way out of the party and the story contains the message that kind nature of heart is more valuable than the external beauty.

Hong Gildong could not achieve his dream come true due to the hierarchical system.

At last, he left his home leading a group of thieves.

Then he punished corrupt officials.

When the king tried to arrest him, he took his followers established a country in Yul-do island.

Then, he gave out what he stole to people suffering poverty.

What is common between Hong Gildong and Robin Hood?

Hong Gildong and Robin Hood are both righteous outlaws.

And also there are proofs that they are acutal figures.

Hong Gildong is a written novel while Robin Hood was passed down orally.

In the early version, Robin Hood was described was a cruel character.

Like these, folk tales in different regions have interesting similarities and also differences.

In this posting, we introduced about Korean folk tales.

In the next episode, we will visit you with even more valuable and new information about Korea. 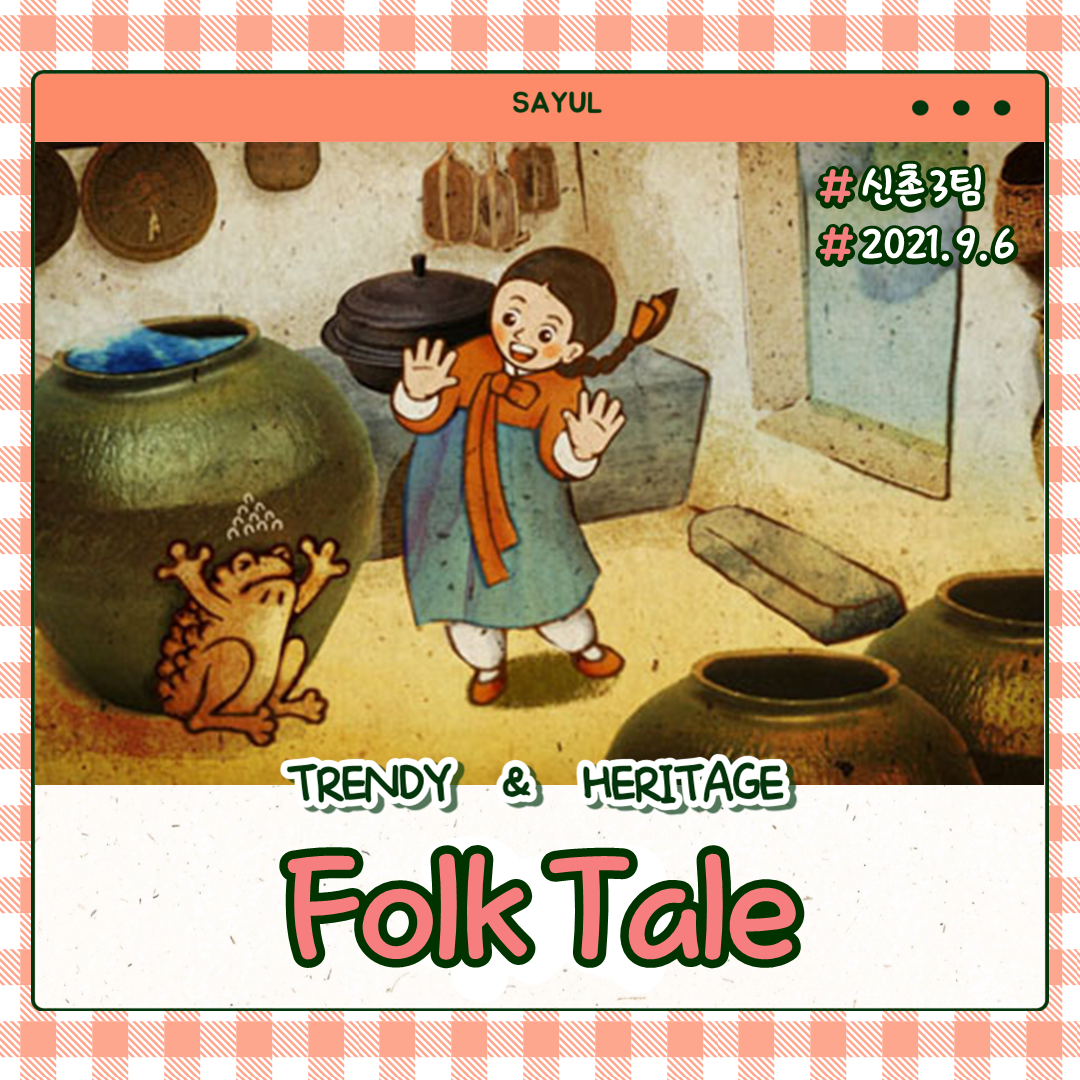