3 Outfits by Generation in Korea

Today, we are going to talk about <3 Outfits by Generation in Korea>.

Outfits in Different Eras and Present: Boundary Point between Trend and Criticism

We hope that this information helps you to know traditional culture(heritage) of Korea!

Have you ever been to an old palace or a Hanok village in Korea? If you visit there, you will be able to see various Korean costumes such as Hanbok, clothes in enlightenment period, and old school uniform. From now on, let's find out 3 representative Korean costumes in different Eras.

Hanbok is endemic clothing of Korea. Commonly referred to as hanbok, it includes traditional skirts, Jeogori, pants and Durumagi. Vest and Magoza are also included, introduced in the 1880s. Hanbok has been around for 1,600 years. Passing through Korean Ancient-Goryeo-Joseon-Modern era, it has changed in various ways; Jeogori, skirt wrinkles, and pants shapes. The hanbok we recognize in nowadays is especially similar to Hanbok in Joseon Era.

Although there is still an argument on setting the period of Korean modern history, it’s mostly 1876(Treaty of Ganghwa)-1945(Liberation). Especially, 1876-1910 is called enlightenment period when direct and indirect cultural contact with the West began. Besides, some pointed out the inactivity of Hanbok and argued that it needs to be changed. Therefore, various western-style clothes were made, and transitional characteristics appeared with a mixture of western-style clothes and changed Hanbok.

School Uniform in the 1970s

If I picked one characteristic of Korea costume in the early contemporary era, it would be a school uniform. It is modern era that school uniforms began to be worn in Korea, but the school uniforms that attracted the most attention in contemporary era are in the 70s. Mainly, women wore navy or black wing-collar blouses and flare skirts, while men wore pants with the black stand-collar jackets and black round hats.

Outfits in Different Eras and Present: Boundary Point between Trend and Criticism

These costumes of each era in Korea are not widely used in everyday life, but they can be found in certain places such as palaces and Hanok villages. Especially these costumes have become popular recently, which makes them easy to access with shopping malls and rental stores. However, it is also important to keep in mind the various controversies such as the damage to the tradition of Hanbok and fragmentary approach & beautification to certain modern era, Japanese colonial period. 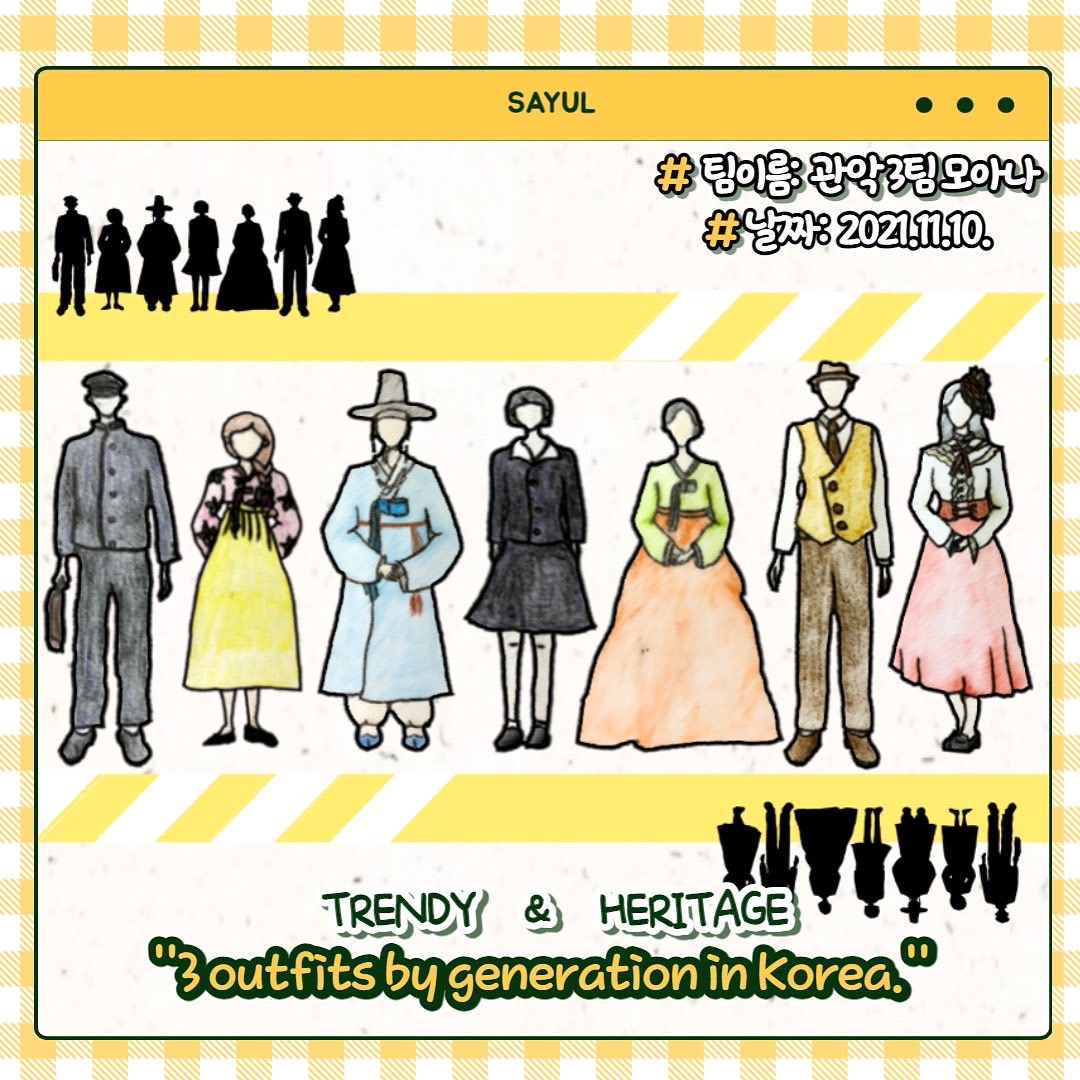