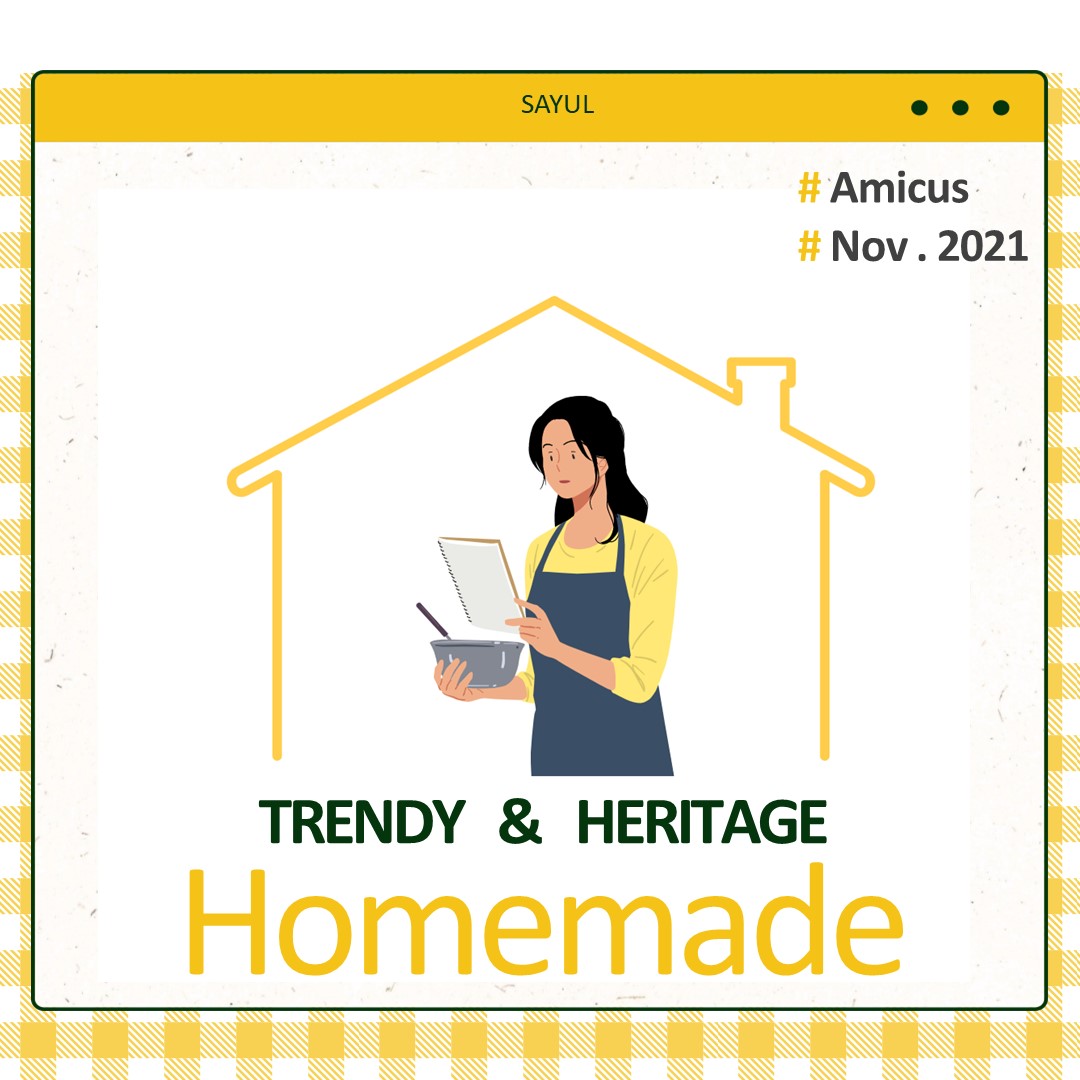 Hello everyone! We are Sinchon Team 1 of Sayul, Amicus. This month, we'd like to introduce homemade trend of Korea.

The COVID-19 pandemic has created a variety of fad cultures. As people avoid going out, they grow their own food ingredients and then cook at home by using the recipe. So trendy culture such as homemade meals and home café appeared.

As “Squid game” on Netflix touched off a boom, making Bbopgi became  popular all over the world. In other words, A past snack made with sugar and soda has become popular among the mz generation. As the Bbopgi became famous, the challenge that people try to make by purchasing a Bbopgi kit appeared. Besides, As a meme that changed the shape of Bbopgi appeared on SNS, various parodies were made.

What the trend of making Bbopgi and Greek yogurt have in common is that they began with  broadcasting. Bbopgi started from “Squid game” and Greek yogurt started from “I Live Alone”. The exposure effect of popular broadcasts and the situation of Corona Virus created new trends. In other words, it can be seen that the effects of media and famous broadcasts have a high ripple effect.

Was it interesting? If you have some opportunities, try making Bbopgi and Greek yogurt. It would make fun!