<THE TYPES OF KOREAN FOOD THAT VEGETARIANS SHOULD AVOID> 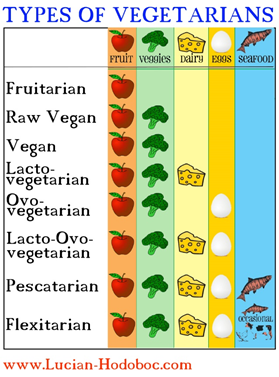 Q1. What kinds of vegetarians should avoid consuming eggs?

A1. Lacto vegetarians, Vegans, and Fruitarians should avoid consuming eggs. To give a brief explanation of each stage,

Lacto vegetarianism is common in Japan and Buddhism which does not eat meat, poultry, fish, and eggs. However, they consume dairy products since those products are not obtained by killing animals. In the case of cheese, it is necessary to see if a substance called rennet is used to slaughter calves with coagulants.

Vegan is the most widely known stage of vegetarianism. Vegans refuse to eat any kinds of animal foods. They even avoid almonds and honey since it is made by exploiting bees. The only animal products allowed by Vegans are breast milk. Plus, there is something called raw-veganism which eats food that is dried in a natural state without any artificial processing.

Fruitarianism is a stage that states that plants are also living things that should be valued as life forms. Fruitarians only consume fallen fruits or nuts. This stage is actually criticized even by vegetarians since it can lead to extreme nutritional imbalance. Fruitarians value the dignity of all living things but only a few people actually practice it because they have to form an extreme diet that gives up balanced nutrition for humans.

A2. In Korea, the number of traditional dishes with eggs as the main ingredient is small and generally easy to identify, so egg base dishes such as poached eggs, egg soup, poached vegetables, steamed eggs, and steamed eggs can be avoided without difficulty. However, eggs are often used as a garnish for Korea’s representative traditional foods such as bibimbap and cold noodles. To consume these kinds of foods, separate orders are necessary to exclude egg garnish. Thankfully in these dishes, eggs are only used as a garnish to make the food taste better, so you can enjoy the dish with only including other main ingredients without eggs. Therefore, they don’t have to avoid the food itself as long as they order it specifically, saying "Please exclude the egg garnish from the food!"

A3. There are two main Korean foods that we recommend avoiding.

First, avoid Jeotgal (pickled fish). It is also referred to as eojang (fish jang). Jeotgal is a traditional Korean fermented food, made with salted fish and soy sauce. It refers to both liquid and paste types of fermented fish foods. Squids, shrimps, oysters, and croakers are some ingredients for fish Jeotgal. Adding Jeotgal is an important part of making Kimchi, too.

Second, avoid Eomuk (Korean fish cake). It is made by processing seafood such as white fish and adding potato starch, sugar and vegetables to it. Eomuk becomes a great ingredient for making Eomuk soup, fried Eomuk or Kimbap. They are usually thin and come in round or rectangular shapes. Koreans often enjoy Eomuk with tteokbokki (spicy rice cakes). If you visit a tteokbokki restaurant, make sure not to add Eomuk to it!

Third, avoid Nalchial (flying fish roe). They usually come on top of bibimbap, rice cuisine, or as a side dish. Other toppings that come along with Nalchial are eggs, dry seaweed, sesame, cheese, and Kimchi. As they are often fried and look red, it may be hard to distinguish. Make sure you know about it!

Fourth, avoid anchovy stock. Anchovy itself is often used in Korean cuisine. For example, we eat fried anchovy – often fried with pepper – with rice, have dry anchovy as a snack (often with soju, a type of Korean alcohol), or turn it into a Jeotgal. Out of all, anchovy is most commonly used for stock. Noodle cuisine such as Kalguksu (this one involves not just anchovy stock, but also clams and mussels) and Spicy Seafood Ramen, soybean, and Kimchi stew include anchovy stock as one of their recipes.

Q4-1. I am a vegetarian who does not drink milk (belongs to fruitarian/vegan/ovo-vegetarian). In this case, what kind of Korean food should I avoid?

Tarak Soup is one of the foods that you should avoid if you do not consume milk. Tarak Soup is a Korean traditional soup that is made by boiling rice with milk. In Chosun Dynasty, people who belong to high social class ate the soup. Although it has not been clearly figured out when Koreans began to drink milk, it has been assumed that milk has been produced since Koryeo Dynasty. Tarak Soup is one of the earliest foods in Korea that is made from milk. It is also mixed with chestnuts or pine nuts, so be careful when you eat it!

Moreover, please avoid having Bingsoo. Bingsoo is a Korean version of ice flake dessert and is one of the most popular summer desserts in Korea. There are red beans or fruits placed on top of the shaven frozen milk. Nowadays, you can easily find diverse versions of Bingsoo in Korean cafes or restaurants. If you are looking for a Korean dessert after a meal, please be careful of having Bingsoo.

Q4-2. Then what can I have instead of these?

If you do not consume milk, why don’t you try ‘Hobak Soup’ instead of Tarak Soup? Hobak soup is a Korean traditional pumpkin soup. Its main ingredients are pumpkin, rice powder, and salt. It has a sweet taste and a soft texture, so it is one of the most popular Korean soups.

During hot summer days, if you are looking for some icy Korean desserts, try Sikhye instead of Bingsoo! Sikhye is a Korean traditional drink that is mainly made of rice and malt. It has a sweet taste, and it is very wonderful if you have Sikye with some ice!

Q5-1. What should vegetarians be careful of when eating Korean food?

A5-1. In most Korean dishes, beef and pork can be easily distinguished by the form of dishes. However, in the case of some noodles such as cold noodles and ramen, you need to be especially cautious because beef and pork can be included as the ingredient of the soup. This is not easily identifiable by eyes. Also, food such as rice cake soup, Kimbap, and curry should be ordered separately since they sometimes include meat garnish or related ingredients.

Q5-2. What food can replace beef and pork?

A5-2. Since there are many vegetarians who can’t eat beef or pork, I recommend dishes such as Vegetable Rice Porridge and condiments wrapped in leaves of lettuce as an alternative.

I also want to recommend visiting vegetarian markets because vegetarians can buy food that does not include pork and beef. For example, E-mart has a Vegetarian Zone where you can purchase vegetarian items. There is also an online shopping mall called Lovinghut(lovinghut.co.kr) that sells vegetarian food.

Q6-1. What kind of Korean food should people who don’t eat vegetables avoid?

A6-1. First of all, most Korean foods include vegetables. So, people who do not eat vegetables should always be careful when they eat Korean food. Korea’s representative food is Kimchi and it is made of vegetables. but it is just the shape of the vegetables so you can easily recognize that it is made of vegetables. you should avoid cubed radish kimchi (kkakdugi) as well. and when it rains, many Korean eat Korean pancake because the sound of baking pancakes is very similar to the sound of rain. but it also contains vegetables and meat. Moreover, flour and eggs are also used when making pancakes. the last one is Japchae. You can easily find it as holiday food, especially on Korean thanksgivings day (Chuseok) the primary ingredient is glass noodles but it is a mixture of vegetables and meat. Every Japchae contains vegetables so you should be always careful.

A6-2. There is almost no Korean food without vegetables so I want to recommend fruit that many Korean people like. If you like persimmon, there are two different types of persimmon that you can eat. First, is dried persimmon, which is Korea’s signature dried fruit and very good as a snack. We make it by peeling off persimmons and drying it. You can enjoy it anytime, but it is especially delicious in the wintertime. The other is soft persimmon. Persimmons are usually bitter but this is very sweet. Because the bitter taste of persimmons disappears while being in the sun, you can also make it by putting it in a jar for a while.

Q7-1. I am a vegetarian who cannot eat chicken. Which food should I avoid?

A7-1. Chicken is very common in Korean cuisine, traditionally prepared in porridge, soups, and stews. The most familiar chicken dish is Korean fried chicken. It is the most common delivery food. Dalkgalbi(닭갈비) is also a chicken dish cooked in the gochujang-based sauce. Moreover, there is Samgyetang(삼계탕) which is a bowl of hot broth with a whole chicken inside, stuffed with glutinous rice, ginseng, jujube, ginkgo nut, and garlic. It is usually eaten on the hottest days of summer: Chobok, Jungbok, and Malbok. Also, there is Dalkddogjib(닭똥집), which is a dish of fried chicken gizzards. It has a very chewy texture that some people might find “tough”. As it does not look like a normal ‘chicken dish’, be careful not to eat it if you can’t eat chicken. Lastly, there is Dalkbal(닭발), which is a dish of spicy marinated chicken feet. It is popular among Korean people and you can easily find it at bars so you can avoid them if you can’t eat chicken.

Q7-2. Are there any Korean foods that I can eat if I do not eat meat?

A7-2. Yes, actually there are a lot of Korean food that uses tofu. I recommend you try Korean food using tofu as you might find them really good! First, there is Dubu-jorim(두부조림). It is a tofu dish that’s braised in a simple soy sauce-based sauce. With this recipe, you can easily turn your tofu into a flavorful side dish. It is usually eaten as a side dish with rice. Next is Sundubu-jjigae(순두부찌개). It is a Korean Tofu Soup that is packed full of flavor with Kimchi, garlic spices, and silky soft tofu. It is pretty spicy, but it is very harmonious with rice and is vegan and gluten-free! Lastly, there is Dubu-kimchi(두부김치). Dubu-kimchi is just plain boiled tofu eaten together with kimchi. It is a popular dish in Korea and you can easily find it served at Korean bars. The combination of the two is actually amazing, so don’t forget to try them when you are in Korea.

It is true that quite a lot of Korean food is made up of ingredients that can be hard for vegetarians to have. Still, by being aware of the information above, we can all become clever diners without breaking vegetarian rules! We all hope you take a good memory of Korea by enjoying different kinds of delicious Korean food.